In the Trap of the Planck-constant 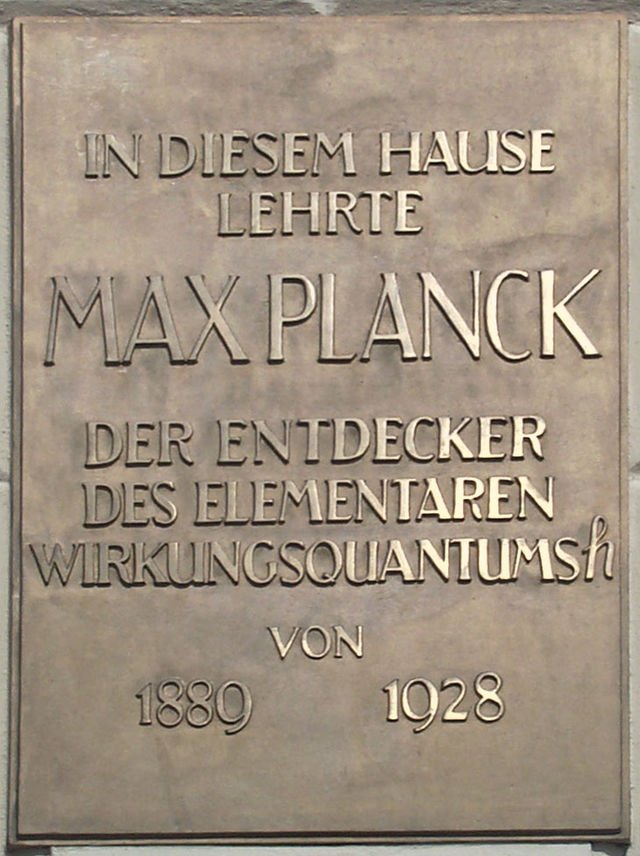 In the Trap of the Planck-constant

The fastest way to get close to the h Planck-constant is in its unit: kgm2/s. This shows that in this cunning physical constant the mass m, the velocity v, and the radius of rotation r are multiplied: m*v*r. Sure, the thing isn’t that simple, but going further - and describing a few bypasses - we’ll get to the real point. It is worth sacrificing time and energy for this because almost no one understands this essential physical concept.

The role of the m*v*r product is very significant in physics. It is called impulse torque or vortex but is also sometimes referred to as rotational torque or trajectory torque. The latter concept plays an important role in astronomy insofar as it is a reliably remaining quantity in the orbit of the planets. (Unlike orbital radius, velocity, and momentum, because these are constantly changing during their circulation.)

Our central celestial body is the Sun. It’s a huge gas ball that revolves around its own axis. Its spin is huge, but the orbit of the Earth's orbit (spin) is even 3000 times greater. It is so large because, in the case of Earth, the velocity v and the radius r are large in the formula m*v*r of the vortex. In a 3-member formula, one 30,000 and one 150 billion members will be dominant.

Perhaps less well-known, but elementary particles also have a vortex, a momentum. However, there are some significant differences between the momentum of celestial bodies and the momentum of elementary particles. The celestial bodies have simply retained and still preserve the vortex inherited in the time of their formation. In the case of the Earth, the vortex is 2.7*1040 kgm2 / s, which is a very large amount. This cannot be easily lost.

However, the momentum of the elementary particles is relatively insignificant. The smallest and typical value is 53*10-36. It is about 75 orders of magnitude smaller than the vortex of our Earth. It is unlikely that the particles will preserve this tiny value for billions of years. Rather, it is the case that some invisible entity is hiding in the background, and this constantly uploads the momentum of the particle to the value it sets.

Now compare the Sun and the elementary particles in terms of the quality of the vortex! An elementary particle - typically an electron - cannot store enough vortex inside itself by its axis rotation. It is too small for this. In terms of the speed of rotation, it would have to cross the limits of physics, that is, the speed of light. What remains for him is that he is not trying to imitate the Sun, that is, he is not rotating. Instead of rotation, it orbits a nucleus in a planetary way, thus carrying a relatively high-value orbital momentum.

After all, let's move on to the effect quantum in the title. The birthplace of the effect quantum h was an externally heated cavity from which the temperature radiation came out through only a small hole. The energy stage of the atoms forming the interior of the cavity was taken over by the photons bouncing back and forth. By the time they got out, their energy distribution had exactly followed the internal characteristics, and a so-called bell curve diagram was formed. 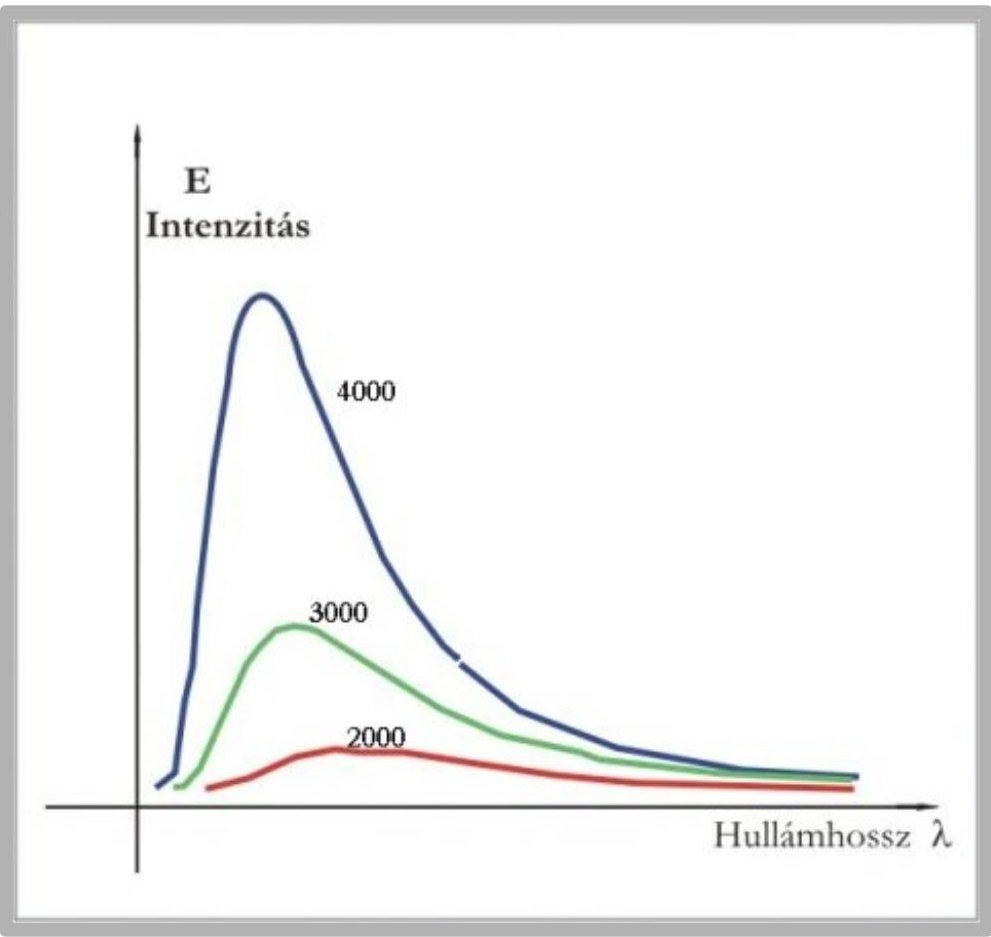 The figure shows 3 bell curves. The higher the cavity temperature, the higher the curve. The intensity peaks shift to the left, toward smaller wavelengths and higher energies. The scale of the horizontal axis is obviously non-linear because half the wavelength has twice the photon energy. (This scaling around wavelength 0 will certainly exceed the limits of our imagination.)

Once upon a time, physicists struggled for a long time with the shape of these curves. Why is it approaching 0 at low wavelengths (high energies) and high wavelengths (low energies)? We know now. Because photons share energy brotherly and even justly. Compared to the average, few photons receive a lot of energy and few photons lack energy.

The bell curve distribution itself is an ordinary thing. The molecules of the air in our room also share heat energy in this way. The average velocity is about 500 m / s, but due to accidental collisions, there are plenty of molecules with lower velocities and thus lower kinetic energy. And of course, there are those with higher speeds. After all, it is the case that average-velocity molecules have the largest number and therefore carry the most energy. The more the velocity of a molecule differs from the average, the more their number decreases, and therefore they represent little of the total energy.

After so many detours, return to the quantum of effect in the title. This physical feature was discovered during the study of the light rays. It affects the subatomic particles the most, yet in fact, it is one of the essential properties of a vacuum. Its sign is h, which happily matches the Hungarian word quantum of effect. This now seems to be the most important and eternal constant in quantum physics - but we will see that this is not the case. This is because it provides suspiciously simple formulas and has content that is incomprehensible even to a physicist.

The ether (the vacuum) has other physical properties in addition to the h Planck constant. These are the dielectric constant 0, the magnetic permeability , the wave resistance Z0, and the speed of light c. The latter can also be mapped from the previous constants with the following formula: c = (0 * ) -0.5.