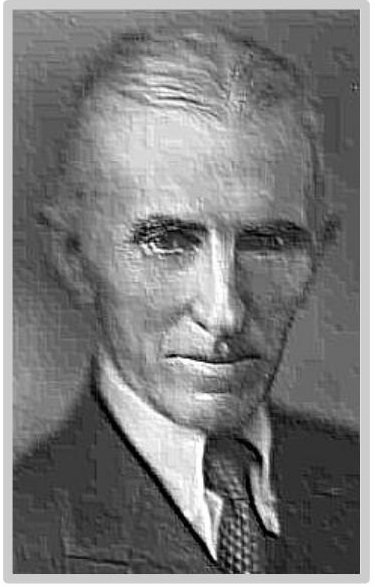 "The future promises ominous things, and problems cannot be averted by creating more and more abundance around us for our existential security. On the contrary, this path is as full of risk and danger as that of those who live in need and even misery. If we could unleash the energy in the atom, or find a way to extract the infinite amount of energy that is present at every point in space, it would be a disaster for humanity rather than a blessing. "

Is it able as a simple tube or a sphere electric motor to operate with a single wire connected to it? Can a tube or sphere sought e  1 armament give a uniform strong light? In his laboratory in New York and then in Colorado Springs, Miklós Tesla gave regular presentations to his friends and interested people, who had witnessed such experiments many times. There were various stunts in the laboratory. He had a glass sphere that anyone could pick up and walk with him — while the gas inside the sphere glowed with a steady light. He had two ordinary bare metal plates that he placed close to each other, and then the air slowly glowed around them. He also often presented the sphere of flaming light, which came to life in a snap and, despite its worrying appearance, was completely harmless and could be touched.

For Tesla, these were more of circus stunts but were in fact important byproducts of his great research topics. When asked about it, he dismissed the issue as too trivial. He didn’t patent these, and his records and experimental diaries were destroyed during the tragic burnout of his Colorado Springs lab, so today we can only guess how they worked. No one has been able to reproduce them so far.

At that time, Miklós Tesla experimented with high-frequency and high-voltage equipment. For example, he made an AC dynamo in 1891 that operated at one hundred times the standard 50 Hz frequency, 5,000 Hz. Its most durable experimental equipment is the so-called. It was a Tesla transformer that produced tens of millions of voltages at hundreds of thousands of hertz. It is likely that single-wire consumers were able to operate on such currents. (Or Tesla current, i.e. longitudinal current.) It is also possible that when you operated your wireless lighting equipment, you filled the interior of your laboratory with electrical potential or flooded it with high-frequency vibration that is not perceptible to human senses, but its energy can be tapped. He testified that with a series of strong pulses, air (and vacuum?) Can be made into an electrical conductor.

The Tesla transformer can produce several meters of discharges. Tens of thousands of people are experimenting with the Tesla transformer in countries with advanced science and technology cultures, such as the United States, where a wide range of people are involved in hobby research and reproducing promising physical experiments, hoping to approach Tesla's results 100 years ago. There are hundreds of books and articles in the Anglo-Saxon literature that provide a recipe for making or describing the partial results. (These publications are now available and affordable for Hungarians.)

How does the famous Tesla transformer work? Its most important components are a resonant circuit, a spark gap, and coils with high transmission and high impact strength wound on an open iron core. The electric resonant circuit is made to become more and more powerful by an external inductive supply (left coil). After a few vibrations, the voltage across the capacitor increases so much that it breaks through at the spark gap. and this results in a steep fronted strong current surge in the low-speed primary coil of the transformer. One end of the high-speed secondary coil can be grounded and a sphere is mounted on the other end. There is a high frequency and very high electrical voltage on the surface of this sphere, which, when struck through the air, produces anxiously flagging bluish tongues. They form a nearly spherical crown or just lick the surface of the surrounding objects.

Tesla's device also produced sparks of 10-20 meters, which could be called lightning. One would think that with today’s modern semiconductors and plastics, this result is easily achievable and even surpassable - but it is not! After today, builders find it difficult to reach even a meter of sparks and increasingly return to the original technology and materials. Yet Tesla's recipes are hard to follow, as with a little exaggeration they somehow said, "Take a ton of iron, bundle it into an iron core, insulate it with mica, wrap it in two glazes of copper cable, etc." Of course, it is possible that the real Tesla secret is hidden in these grandiose dimensions because only above a certain size and performance limit do anomalies of perceptible magnitude appear.

And anomalies abounded during Tesla's experiments. Once, after turning on the high voltage, a dense fog filled the laboratory, which He clearly identified as water vapor, although otherwise, it was dry weather outside. Other times, fiery spheres detached from the transformer, which Tesla thought were spherical lightning. If the diagnosis was correct, these were the first and last artificially produced spherical lightning of all time. He once measured extraterrestrial signals with his outdoor, also grandiose-sized equipment. Because of this, professional scientists have mocked for years, and their results and measurements so far have been downgraded to be unreliable. It had a similar effect to its announcement that it detected incredibly high-energy cosmic particles of hundreds of millions of eV. (We now know that radio pulses are coming from Earth to space, as well as cosmic particles with energy greater than the name. So Tesla was right!) 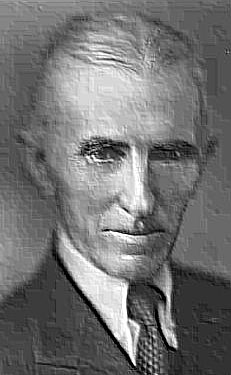 Tesla’s view of the nature of electricity and gravity was in sharp contrast to the official position, particularly that of Gustav Hertz and Einstein. Unfortunately, he did not publish his own theory - precisely because of the above individuals. All we know from his statement, among other things, is that he attributed an important role to the vacuum, convinced of its inexhaustible energy content. He hoped that energy would sooner or later be extracted from it, thus permanently solving humanity’s energy problems. Hearing this, Edison hurried to make a counter-statement: "No further effort is needed, as Brazil's rainforests provide enough energy in the form of firewood for another 50,000 years."

Tesla was again unsupported with his idea, covering his further experiments from his own tight budget. Towards the end of his life, however, he achieved a sensational result. He drove his car for a week with this special energy. He removed the engine from a production car and replaced it with a heavy and large DC electric motor with a power of at least 30 to 40 kilowatts to reach a decent speed. However, the electric motor needs electricity, and this current came from a special structure in a wooden box. The experiment has not been reliably certified and documented, and nothing of the equipment has survived to posterity. Apparently Tesla was aware of the extraordinary value of his invention and had encrypted and disassembled it properly. Indirectly, however, He is perfectly supported by H. Moray's experiments. H. Moray made a similar energy-producing box that operated an flatiron and a few light bulbs - with "energy coming from nowhere." Moray’s experiments, on the other hand, were thoroughly documented because for many years he was concerned with proving to prestigious people and recording their testimonies. Moray's experiments, however, were well documented. For many years he was engaged in giving presentations to prestigious people. He allowed detailed insight into his equipment and included the opinions of visitors in authentic documents. Unfortunately, the operating basis of the invention has not surfaced. Standing on the ground of today’s cutting-edge knowledge, I think of several options for action. Either we actually managed to extract electricity from the vacuum by resonance, possibly by magnetic currents, or perhaps by a dust-fusion process that produces electricity.

However, another - also a grandiose idea - failed to materialize. He wanted to illuminate the sky over the Atlantic Ocean so that sailors could see better. (I first found this idea crazy myself. I consider it feasible today in principle, and here the large excess of energy can come from the infinite energy of the vacuum.) The blueprint for the energy-radiating transmitter tower has survived — along with many other wonderful Tesla inventions. At the twilight of his life he received quite a few honorary doctorates, and a research institute in Belgrade was named after him. It is an appreciation that the International Conference on Standardization named the unit of magnetic induction about Him, i.e. about Tesla. He deserved recognition. It is probable, however, that he would have been happier in his life with some financial help, he could have completed at least one or two of his research that had been abandoned. The significance of Tesla’s oeuvre is becoming more and more recognized today. Primarily in the US and Western Europe, but hopefully in every other place where they get to know the oeuvre of this great pioneer of science and technology. Hungary, too, could look to her future with a greater hope if Hungarian science did not abandon but embrace its semi-finished oeuvre.